This previous weekend, our very own Igor Golovach and Michelle-Angela Blank took home the Latin Showdance World Championship Finalists! On the 14th of December, 2019, the Team USA duo performed a showdance titled “Fear,” which portrayed Igor as Pennywise the Clown and Michelle as Georgie from the famed movie IT. The main idea of this show was to explain that if you do not battle your fears, they will come and get you.

It was an unbelievable adventure performing in the Kremlin Palace of Moscow, Russia! Not only was the hall packed with spectators, but the event was live-streamed as well on YouTube for the entire world to join in. Family and friends gathered in support to watch from all over the world and could not hold back their enthusiasm as the couple made the final and then placed in 5th!

Here is what Igor and Michelle had to say after their return to the U.S. about such an experience:

And now comes the time to tell you a short story about our fulfilled previous weekend – the WDSF World Latin Showdance Championship! That was our brightest memory of our dancing career so far. We got the chance to perform in the Kremlin Palace, in Moscow, Russia, representing our country – just a purely magical experience. From being very nervous for performing not only solo in front of everyone in that magical ballroom but also performing such a piece with a statement that we needed to deliver with our characters, it was the most incredible performance we lived through yet. It felt like we were in a storybook where everything was magical and surreal. From the arena to the audience to the support of our friends and family worldwide!

Besides achieving our goal to make the final round competing against 17 coupes, we were placed 5th out of nine finalist couples. And yet, in the end, it’s still not about the placement we received but what we were able to share – this experience not only with such a supportive audience but also with our most beloved friends and family. This weekend gave us the chance to become the first United States dance couple in history to make the WDSF Latin Showdance World Championship final.

But we could not do it without our team and the group of support that we were blessed to have throughout that entire day. We were lucky to have such a supportive team of the United States right there with us: Vladimir Karpov and Ronen Zinshtein as coaches of Team USA who graciously led both U.S. couples into the World Finals. Congratulations to Alexandru Munteanu and Anya Sheedy, who represented the U.S. in the Standard Showdance, also placing 5th! It was amazing having such friends right beside us during this day.

Thank you to Mama Alena Holovach, who traveled from Ukraine to watch us perform and support us at the moment. Thank you to my mom and dad back home in the U.S., who got our entire group of family and friends together around the World to stream live our performances and cheer us on.

Thank you to Ton Greten, who helped transform our idea into reality, from the music to the characters to the storyline! Most importantly, thank you to our coach, Vladimir (who, with a tear in his Achilles tendon), traveled halfway around the world to be there, right next to us and support our performance, to set our minds straight. He showed us a strong example that you must continue and reach for your goal through all obstacles in your way. Thank you for your time, energy, patience, and all you have put into our couple. We would not be where we are without your guidance. This outcome is a victory for all of us, and we could not have done it without each one of you by our side. We are so grateful that words truly cannot describe our feelings of appreciation. We are the luckiest in the world to have you all. 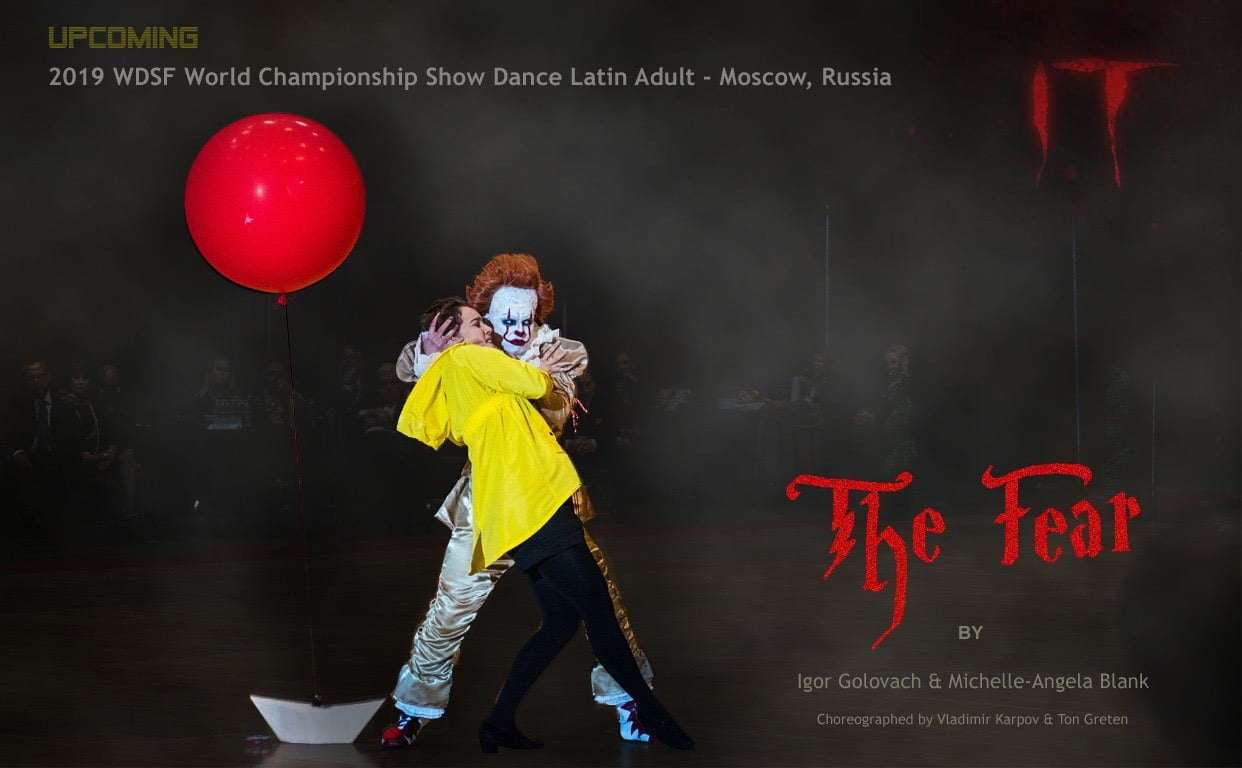 Check out the following links to view some footage from the event:

next
Why Sports are Good For Children
Join us

Join us in helping to unite the Ballroom dance industry for the benefit of all dancers and athletes in the United States without barriers and politics.